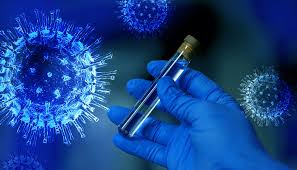 NEC Corporation announced the results of an analysis of efforts to use an AI prediction platform to design a SARS-CoV-2 vaccine blueprint that can encourage a strong T-cell response in a large part of the global population. This initiative was carried out by the NEC Group's scientific team to help combat the COVID-19 outbreak and support international vaccine development efforts led by NEC OncoImmunity (NOI) in collaboration with NEC Laboratories Europe (NLE).

This AI prediction platform is based on AI technology used by NEC and NOI in the development of personalized neoantigen cancer vaccines. During the analysis published in bioRxiv, the team analyzed thousands of sequences of the SARS-CoV-2 virus (which causes COVID-19) and identified epitopes (potential vaccine targets) for the 100 HLA (Human Leukocyte Antigen) alleles that most frequently occur in the global population. The prediction algorithm is scanned for epitopes throughout the protein repertoire in SARS-CoV-2, not just the spike surface protein that gives the family name the corona virus. The team then used this data to identify "hotspots" in the proteome of viruses that contained overlapping epitopes and were located together of many HLA alleles.

The optimal constellation of the "hotspot" is then chosen by the algorithm to produce an optimal immune response with the widest coverage of the human population, while prioritizing hotspots that occur in the conservation area of ​​the proteome virus. These conserved areas are less likely to mutate in future strains. In addition, hotspots containing viral epitopes that have significant similarities with human proteins, especially those seen in critical organs, are removed from the vaccine design blueprint to avoid adverse effects.

This analysis demonstrates the significant ability of the NEC Group to utilize their AI platform to design a blueprint for a vaccine that is safe and effective in the global population and can overcome different types of SARS-CoV-2 viruses now and in the future.

NEC is now publishing this research to support scientific progress in related fields and is ready to start a partnership effort to pursue the development of effective vaccines targeting the global population.