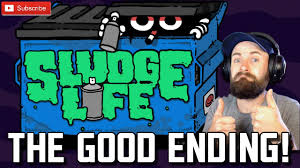 Though it is known that Sludge Life has just been launched at the end of May 2020. Epic Games informs Sludge Life game for free downloads for the next 12 months.

For those who intend to try, can download it for free at Epic Games Store. As quoted by Game Spot. Because the condition of the Covid-19 pandemic is not yet over, the development companies have decided to eliminate their games for free.

Sludge Life is a game developed by the same group from the High Hell game. This game will also be released on Nintendo Switch at some point, but that version will not be free.

It's just that, not all can play this game. Because this game presents a number of violent and vandalism axes, the downloader will fill several requirements before it can be played, especially the age requirement.

This game can be played on Nintendo Switch consoles and Microsoft Windows. This free game can be a distraction if you get bored playing serious enough games.