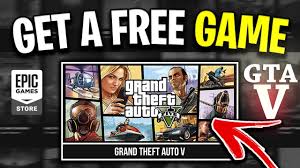 This time, Epic Games is said to be giving access to free downloads for the popular game, GTA V. This information was obtained from a trusted source who distributed it to the Gamepressure site, as quoted by Thenextweb, Thursday (5/14).

Although GTA V has long been released, this moment should not be missed. The reason is, in another platform, the game made by Rockstar is still paid. This free offer is expected to arrive as a Premium Edition, which includes access to the game itself, Grand Theft Auto Online, and lots of additional content.

Thus, some access in it is still paid, but users can choose not to spend money in the game. Apparently, this will not affect the popularity of Rockstar's games.

The game, which was released since 2013, still shows its existence today. Evidently, GTA V won 10 million sales in the period between February 2019 and now. It's still the fifth most popular title on Twitch with nearly 78 million hours of watch time, according to TwitchMetrics.