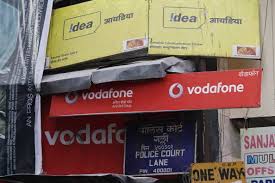 Tight price competition in Indonesia and uneven access to spectrum resources, because the country is considering the 5G opportunity, further prompted calls for a merger between five cellular operators.

The rating agency Fitch Solutions states the market is very fragmented, with smaller operators losing because customer growth has failed to keep up with investment, making the consolidation step a strong choice.

Last week, Axiata Group, the holding company of XL Axiata which is the third largest operator in Indonesia, reportedly held discussions with all of its competitors, except market leader Telkomsel, about the possibility of a stock-exchange agreement.

The other three players are Indosat Ooredoo, 3 Hutchison Indonesia and Smartfren, which last year acquired Bolt customers after the BWA operator's license was revoked due to the inability to pay frequency BHP.

The New York-based rating agency said that the main benefit of consolidation was to reduce duplication of network investment, especially in rural areas, while reducing the cost of sales and national marketing channels.

In addition, limited spectrum resources can be distributed more evenly among fewer players.

At present Telkomsel, Indosat and XL each have at least a 90MHz spectrum in three to four bands, the two smallest players - 3 Hutchinson Indonesia and Smartfren - have 50MHz or less in only two bands.

Although it will encourage industrial health, Fitch believes that there are many obstacles in the process of operator consolidation, both mergers and acquisitions (M&A).

The main obstacle to M&A is regulations that require that the spectrum not be part of the agreement, and the government is reluctant to reform the policy.

Based on these rules, after the merger, the bandwidth must be returned to the regulator. After conducting various studies, including concerning market balance, the government through the Ministry of Communication and Information then decides how much to return to the acquirer.

Just to note, the last consolidation between operators in Indonesia occurred in 2014. At that time XL acquired Axis, an operator which is mostly owned by Saudi Telecom, with a transaction value of 865 million US dollars or around Rp9.8 trillion. But in the corporate action, XL did not fully enjoy the frequency previously owned by Axis.

On the other hand, Fitch Solutions believes that reducing the number of operators will also reduce the government's obstacles in adopting 5G. The reason is, the remaining players can increase the scale and financial resources to spread new technology.

Despite having very good prospects, due to the large potential of users, Fitch noted, however, 5G services might not be launched in the near future in Indonesia. Especially so far, the government shows little urgency to encourage the implementation of 5G services, because of the availability of spectrum.

On one occasion the Minister of Communication and Information Johnny G. Plate mentioned that the license would be granted in 2020, but the politician from the NasDem Party had not yet identified the spectrum band that would later be used.

Known, the 3.5GHz spectrum, widely used throughout Asia for 5G. But in Indonesia, the spectrum is still controlled by pay TV operators, MNC Vision until 2024.

Under these conditions, Fitch considers it will be difficult for the government to launch 5G services until 2022. Fitch added that 5G adoption will be slow until operators expand coverage after "monetizing enough" the 4G investment that has been issued since the service was first introduced in 2015.