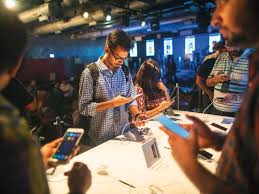 The latest industry research from Gartner shows a report on global smartphone shipments during the first quarter of this year. Since the advent of the COVID-19 pandemic in December, many manufacturers in China have stopped and disrupted sales of smartphones produced before the virus spread.

Consumers are holding back from buying non-primary goods, which has caused global smartphone shipments to decline dramatically.

According to Gartner, global smartphone sales fell 20.2% year on year in 2020.

Apple experienced a slight decline in sales while Oppo, Samsung and Huawei were significantly cornered.

Xiaomi is the only brand to grow compared to last year, even though it's only 1.4% YoY.

Despite Huawei's poor performance this quarter, it still managed to maintain the number 2 position for Q1.

"Apple's ability to serve clients through online stores and production returns to normal levels at the end of March helps restore some of the initial positive momentum," explained Annette Zimmermann, Vice President of Research at Gartner.

Apple has a strong start to the year thanks to its new line of products which is gaining strong momentum globally. If COVID-19 didn't happen, Apple's iPhone sales might break the record in the quarter.

Huawei will try to regain momentum after COVID-19. In addition to delaying production and sales, the Company is still hampered by an extension of the US ban, banning it from Google Play License and forcing the company to send all of its smartphones with HMS (Huawei Cellular Service) instead.