Impact of Corona Virus on Mobile Sales in Jakarta

Impact of Corona Virus on Mobile Sales in Jakarta 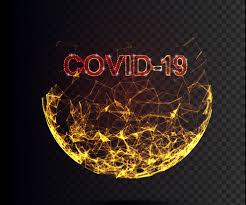 Corona virus is expected to make the production and shipment of Chinese cellphones decrease, as quoted from Gizmo China recently, the virus threatened the revenue of smartphone makers in China due to the production drop.

And it was also mentioned that this incident made some cellphones become rare and hard to find in the market.

As mentioned above, Selular.id visited the mobile phone sales center at ITC Roxy Mas, Central Jakarta. To find out the extent of the impact of the virus on cellphone sales. And is it true that some cellphones are difficult to find?

The reason is, it is known how many cell phone brands that are excellent in the ITC Roxy Mas market, originating from China.

"So far the supply of mobile phones is smooth, here the impact is not too obvious, the goods are also not hard to find, but indeed more quiet," said Udin, Manager of Cellular ITC Roxy Mas Cellular, Central Jakarta, (02/14/20).

But Udin said, sales were indeed quiet, and even one day there were sometimes no sales. This condition has been seen since the beginning of February 2020. While regarding prices, Udin said there was no increase, in fact several series of mobile phones experienced price drops.

Likewise, Putri, Valdo, Oppo Operator, Surya Cell, ITC Roxy Mas, Central Jakarta also confirmed that sales are indeed quiet, even though prices are relatively stable. Touched on the issue of scarcity of stock, Valdo said that so far the availability of mobile phones is quite good.

"I see the stock is safe, every customer or store looking for cellphones, especially Oppo, there is no problem," Valdo said.

As is known, the matter of customer subscriptions, as mentioned in the Corona virus, is caused by Chinese government policy, which limits operations or closes stores, and various business lines in China. The policy was taken as a preventative measure for the Chinese government so that the virus does not spread.

As a result, a report from Strategy Analytics reveals smartphone shipments in China will decline 30 percent in the first quarter (Q1) 2020.

But even so, so far a number of ITC traders Roxy Mas, Central Jakarta, said that the stock of mobile phones is still safe and there are no problems with the availability of goods (smartphones)