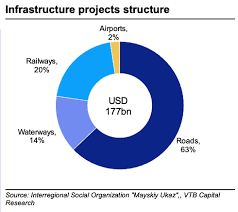 To improve competitiveness, many companies in various countries have begun to turn to the use of IT. No exception to chemical producers such as Kaneka. To improve productivity and efficiency, the Malaysian chemical giant rebuilt their IT infrastructure with the Nutanix Enterprise Cloud Platform.

Under the auspices of Kaneka Corporation, an international chemical manufacturer that manufactures a variety of products such as modifiers, expandable plastics, and synthetic fibers, Kaneka has been operating in Malaysia since August 1995. Before utilizing the Nutanix solution, Kaneka's IT system runs on legacy IT infrastructure built from a variety of different systems.

Besides making maintenance costs increase over time, this condition also makes it more difficult for companies when they want to increase IT utilization in line with growing needs. To find out the problems and challenges in the field, Kaneka together with Virtuosity Solutions, their IT partners, conducted an internal study by interviewing top management to the company's IT systems engineers.

"From detailed studies conducted by our trusted people together with capable consulting partners, we are now aware of the true value of utilizing IT infrastructure to drive overall productivity. This further strengthens our decision to overhaul the IT system and make Nutanix the core technology of our system, "said Ehtesham Ihsan, Acting Department Head, Kaneka.

A study by Kaneka Malaysia revealed that their IT systems were unable to protect companies from crashes caused by hardware or software, system disruptions, and outages due to power outages. This condition can adversely affect the availability of access to the company's core operational systems.

The study also found that corporate IT systems do not have the same standards in terms of implementation and operation, so the system runs inefficiently and disrupts business growth. In essence, Kaneka urgently needs the replacement of their entire IT operational system to the latest technology.

The Nutanix Enterprise Cloud Platform provides a converged and simpler infrastructure stack, which is able to streamline and simplify overall operational system management. Three quarters of Nutanix servers are migrated to the Nutanix Platform.

To ensure better planning and operations, various core business applications of the company that previously ran on legacy systems began to be virtualized, including SAP, SAP SRM, SharePoint, HRMS, and several systems that were specifically developed by the company. The entire time needed for this only takes four months, from generally six to eight months, and does not interfere with the daily operations of the company.

Since the implementation of this new system in June 2017, many benefits have been felt by Kaneka. With Nutanix Prism, the centralized infrastructure management layer, Kaneka was able to save up to 91% of IT support needs and 477 working hours for system maintenance.

In addition, with the solution from Nutanix they can cut physical server requirements by up to 15 servers, thereby saving 300 square feet of space. The new system also provides significant energy savings compared to before, able to reduce energy consumption by 83%. Overall, the total cost of ownership has also been cut down to around RM 1.5 million in 5 years.

"We are proud to learn that Nutanix Enterprise Cloud OS is able to take an important role in helping Kaneka improve productivity and results," said Matt Young, SVP and Head of Asia Pacific and Japan, Nutanix.

"The operation in Kaneka Malaysia is a pilot project in terms of total infrastructure turnover. Based on this success, we look forward to further collaboration with Kaneka facilities in various other countries in the near future. "