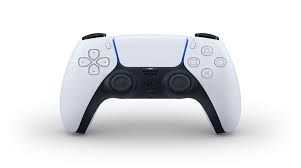 After announcing it will hold a PS5 event on June 5, now Sony says it will postpone it.

Sony said the event was postponed due to ongoing protests in the US today. The company claims that because of the protest, they feel this is not the right time to "celebrate" PS5.

Furthermore, the company also said that they did not want the console announcement to disturb what was happening now.

The gaming console owner feels there is a more important sound to be heard at this time.

"And for now, we want to step back and let the more important voices be heard." Sony wrote via Twitter, Tuesday (2/5).

Unfortunately, Sony did not say exactly when the PS5 event will be rescheduled.

Not only Sony is delaying the event due to the atmosphere that is not conducive in the US. A number of similar steps were taken by EA to postpone the Madden NFL 21 event today, and Google's decision to postpone the launch of its Android 11 beta.