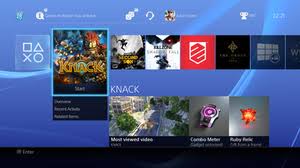 During the pandemic various platforms provided the official information site Covid-19. Unlike the case with Sony which chose to provide access to 2 PlayStation 4 games for free.

Both games are in an effort to support players to stay home in a series of Sony's "Play at Home" campaign. Jim Ryan as President and CEO of Sony Interactive Entertainment, said there would be two components in the campaign.

First, free games for the PlayStation community to stay entertained while at home, namely Uncharted: The Nathan Drake Collection and Journey.

Free games can be downloaded on a limited basis on the PlayStation Store from April 15th at 20:00 PDT to May 5, 2020 at 20.00 PDT. After downloading it in your account, you can save the game forever, quoted from the official Sony website, Thursday (4/16).

Second, there is the Journey game that has been released since 2012. The game that tells the story of this adventure is present on the PlayStation platform, PC (Windows), and iOS mobile. Keep in mind, Sony also reduces download speeds, so when you download a game it will be slower than usual.

In addition, Sony also showed support for game developers by preparing funds of up to 10 million US dollars. Unfortunately, funding targets are not mentioned in detail, it only mentions small game developers.

"Independent developers are very important to the heart and soul of the gaming community and we understand the difficulties and financial difficulties facing many smaller game studios." concluded Sony.